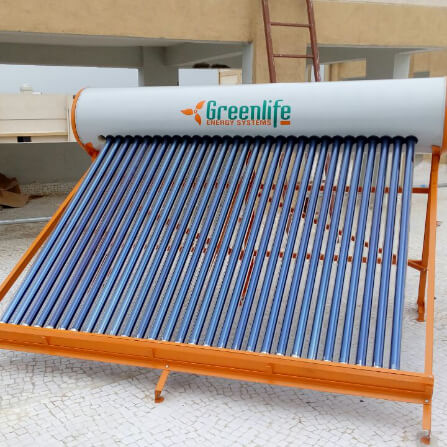 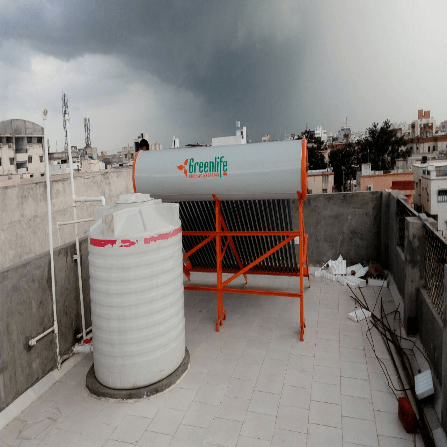 The more complex collectors are generally used in solar power plants where solar heat is used to generate electricity by heating water to produce steam which drives a turbine connected to an electrical generator. The simpler collectors are typically used for supplemental space heating in residential and commercial buildings.

A collector is a device for converting the energy in solar radiation into a more usable or storable form. The energy in sunlight is in the form of electromagnetic radiation from the infrared (long) to the ultraviolet (short) wavelengths.

The solar energy striking the Earth's surface depends on weather conditions, as well as location and orientation of the surface, but overall, it averages about 1,000 watts per square meter under clear skies with the surface directly perpendicular to the sun's rays.

Types of solar collectors for heat

In the non-concentrating type, the collector area (i.e. the area that intercepts the solar radiation) is the same as the absorber area (i.e., the area absorbing the radiation). In these types the whole solar panel absorbs the light. Flat plate and evacuated tube solar collectors are used to collect heat for space heating, domestic hot water or cooling with an absorption chiller. 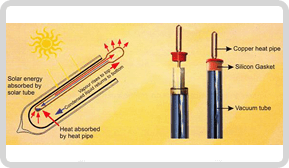 The heat pipe consists of a highly conducting fluid enclosed inside the pure copper tube of diameter 8mm sealed on both the ends.

The non-toxic liquid inside the Copper heat pipe has a boiling point of 25OC. So when the heat pipe is heated above 25 degreee C, the liquid vaporizes. The vapor rapidly rises to the top of the heat pipe transferring the heat to the cold water inside the tank.

As heat is lost at the condenser top, the vapour condenses to form a liquid and returns to the bottom of the heat pipe to repeat the process. Each heat pipe is tested to 250oC. For this reason the Copper heat pipe is relatively soft.

Because of high temperature, the glass tube is given a twelve-layer coating. Given the strict quality control and high Copper purity, the life expectancy of the heat pipe is even longer than that of the solar tube. 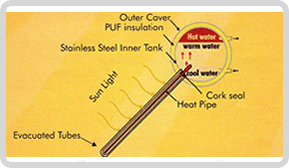 Sunlight, incident on the Vacuum Tube, passes through the outer transparent glass tube and strikes the outer surface of the inner glass tube with selective coating (AIN/AI).

This glass tube, which acts like a black body, absorbs the radiation and the heat pipe gets heated up in the process. The presence of vacuum between the two tubes prevents heat loss to the surroundings.

The heated inner tube transfers this heat to the heat pipe which is directly in contact with water inside the storage tank. Hot water is lower in density and therefore has a tendency to rise up. Cool Water from the tank flaws down to replace the hot water, facilitating circulation by thermosyphon.

And through this process, the entire water in the storage tank heats up and gets ready for use.The storage tank is insulated with PUF, which minimizes the heat loss at night.